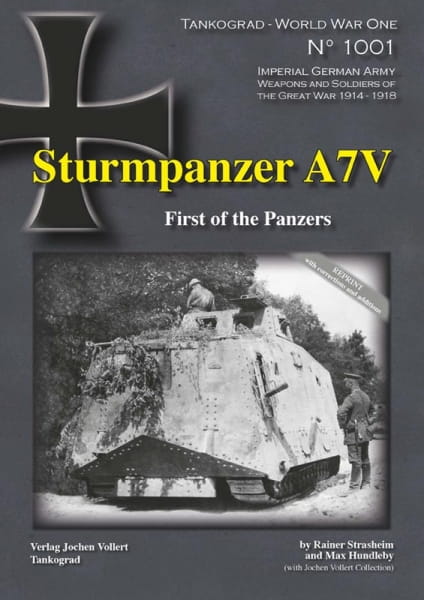 The size of the German tank force in World War One remained extremely small. Only twenty A7V tanks were ever built and saw action in the Great War. Nevertheless they were the landmark of German 'Panzer' development in the 20th Century. The story and technical details of the A7V's development and combat are subject to intensive research for the past forty years. This publication aims at telling the story of the A7V based on today's improved knowledge. It also highlights the tank from a different perspective, including individual data sheets with records for each A7V ever built, the war-time use in the three Abteilungen and the variants in Freikorps service.

On 96 pages this publication is illustrated with 145 photographs and twelve graphics plus two five-side 1/35 scale drawings based on recent new data.